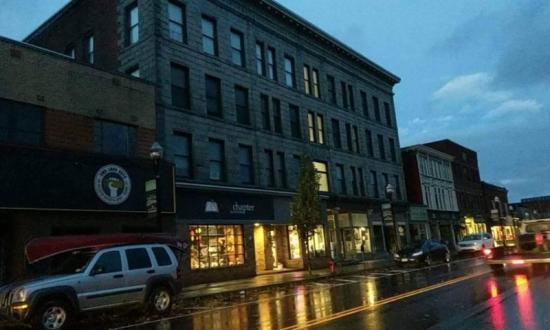 Maria's Bagels is a wholesale bakery and cafe on Main Street in Barre City Vermont and we opened our doors in October of 2015. We are open 362 days a year, snow or shine! We sell our fresh homemade bagels as well as our other home made goods such as Sandwiches,  soups, cookies, brownies,flavored cream cheese and more. We use KING ARTHUR FLOUR, CABOT CHEESE, VERMONT MAPLE SYRUP ( BARRE ), GREEN MOUNTAIN FARMS CREAM CHEESE and other local  and all natural products as much as possible!

Our Name and Why We Got Started

The name Maria is very special to me because it is the name of my daughter, whom was named after my great grandmother who Was born in Italy and had a great passion for food.

I grew up in Barre City and love it here! There used to be a bagel place in town called Sammie's Bagels, and they were great. They ended up closing down and since I have not been satisfied with the bagel options in town and have decided to open my own bagel business. I began experimenting with bagel making in early 2014 while I worked a job that was beginning to bring me down. I wanted to finally use my Degree in business and fulfill my dream of being an entrepreneur. I began to do some research and got the ball rolling. I started off selling directly to customers through Facebook, then I started selling them at the Central Market and now they are sold also at Espresso Bueno, Central Vermont Medical Center, U-32 school, Roland's Mini Mart, Pump and Pantry and we are constantly looking for new places to have them sold so get in touch with us if you are interested. 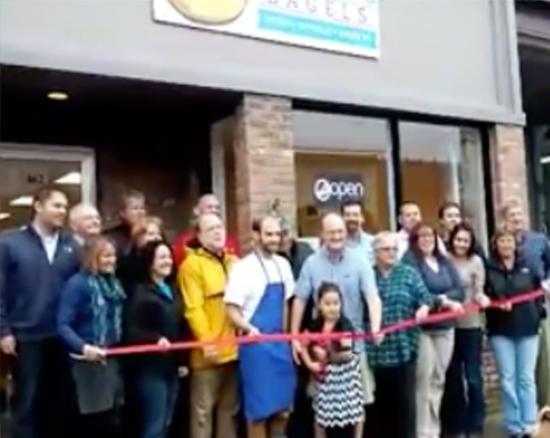 On October 1st 2015 we opened our Bagel Bakery on Main Street in Barre City, it was a dream come true! We sell directly to many customers as well as offer seating so that they can enjoy there food here with us. We sell bagels in bulk, individually and prepared into breakfast sandwiches and lunch sandwiches. We also have TWO of Vermont's greatest coffee companies - Speeder and Earls and The Vermont Coffee Company. At this point we are continuing to learn the restaurant world and keeping things as upbeat as we can.

I am very grateful for the support I have had and I thank anyone who has bought or continues to buy my products!